Futsal Program brings change in the midst of teen crisis

Living in a neighbourhood marked by gang fights

Jakarta » If you walk through Kalianyar, chances are you’ll see banners warning of the dangers of gang fighting. This community in Tambora, West Jakarta is among the most densely populated, not only of Jakarta but of all Southeast Asia. Local teens are easily drawn into delinquency and gang fights, in which many deaths have resulted from violence triggered by trivial arguments. Such tensions – exacerbated by drug trafficking, drunkenness, gambling and other problems – bring constant worry and alarm to their parents.

Futsal as a means of coming alongside

In response, Yayasan Pendar Pagi has facilitated a way for these young teens to channel their energy in a more positive direction, providing at the same time the opportunity for them to develop their talents and potential.

Working with a former player from the Indonesian Super League who is now a professional coach, YPP runs a futsal program for the residents of a local “RW” (a community-level division of government) in Kalianyar. Futsal has high appeal for these kids. More than 20 boys regularly join the practices. The futsal program is an effective way of providing technical training to sharpen their physical skills, while at the same time building character and “soft skills” such as collaboration, self-discipline and leadership.

“Yes, I get enjoyment, get solidarity, and get togetherness; and I also get knowledge. I’m very happy – Thank you!”

Afan, a teen in the Boys’ Club futsal program

Growing leaders to bring about change

Those who have enjoyed the benefits of the futsal program are expected to become change makers in the area where they live. For this purpose YPP has developed a leadership training program for all members in conjunction with its weekly futsal activities. Here, coaches instil leadership values through mentoring, before or after futsal practice. 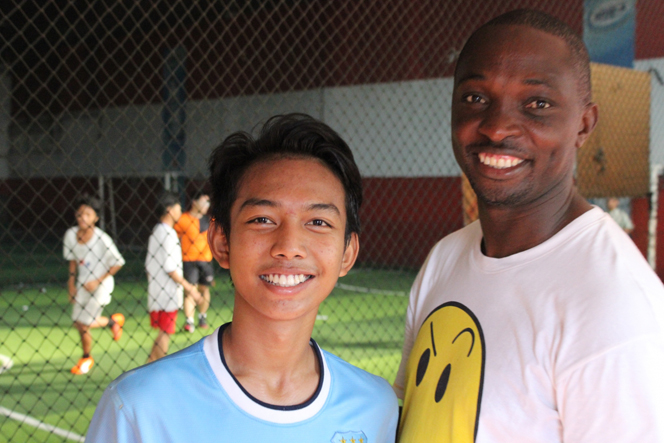 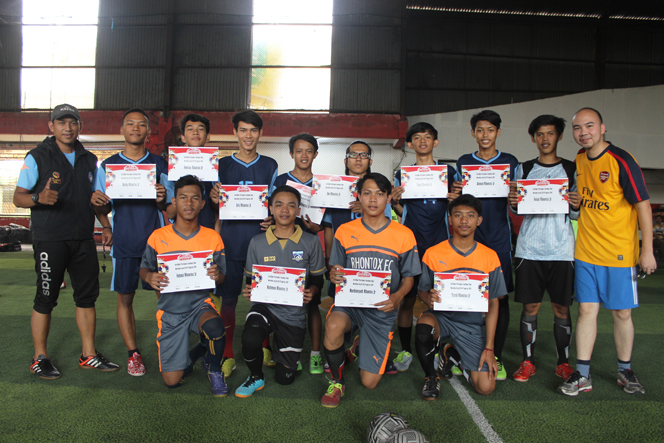 “Before, Kalianyar was notorious for gang fights. Thank God, here we now have futsal activities to lead these kids in a more positive direction.”

Bang Eman, a Kalianyar resident now trained as a coach (leftmost in the top right photo)

Besides weekly practices, the most highly anticipated event is an annual futsal camp. Over three days, professional coaches provide intensive instruction in futsal technique and leadership values. The ultimate goal is to see some of the participants become new coaches, trained to bring positive change themselves. We also hope that new coaches who come through the futsal training will reach out to other teens and help them steer clear of negative influences that bring destruction.

The goal of the Boys’ Club is to see these young boys excel in their talents and abilities; to see them wanting to achieve, and believing that they can; and to see them grow into citizens of good character who will play positive roles in their community.

Other Learning is Fun! groups: 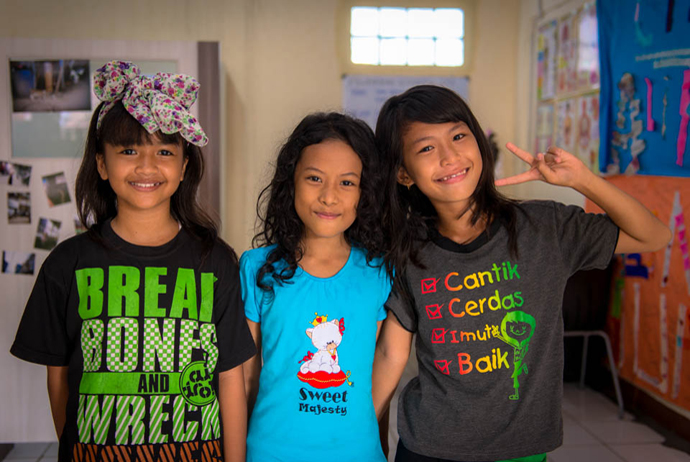 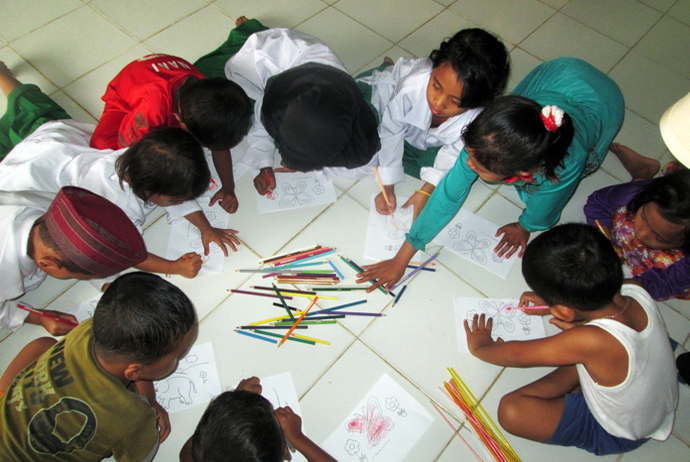 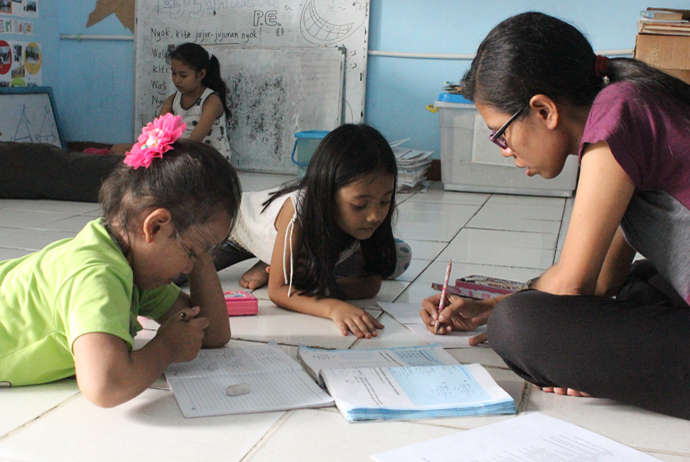